One skill that I’ve yet to acquire at ITP is 3D modelling. I’ve acquired much of the skills that ITP teaches– programming, physical computing, graphics, and video editing– but 3D continues to be beyond me. Consequently, my attempt at this week’s Subtraction assignment will probably be less impressive than those of my classmates’.

I started off intending to make a panda bear. A simple enough project, and one that worked well enough for me in 2D space. 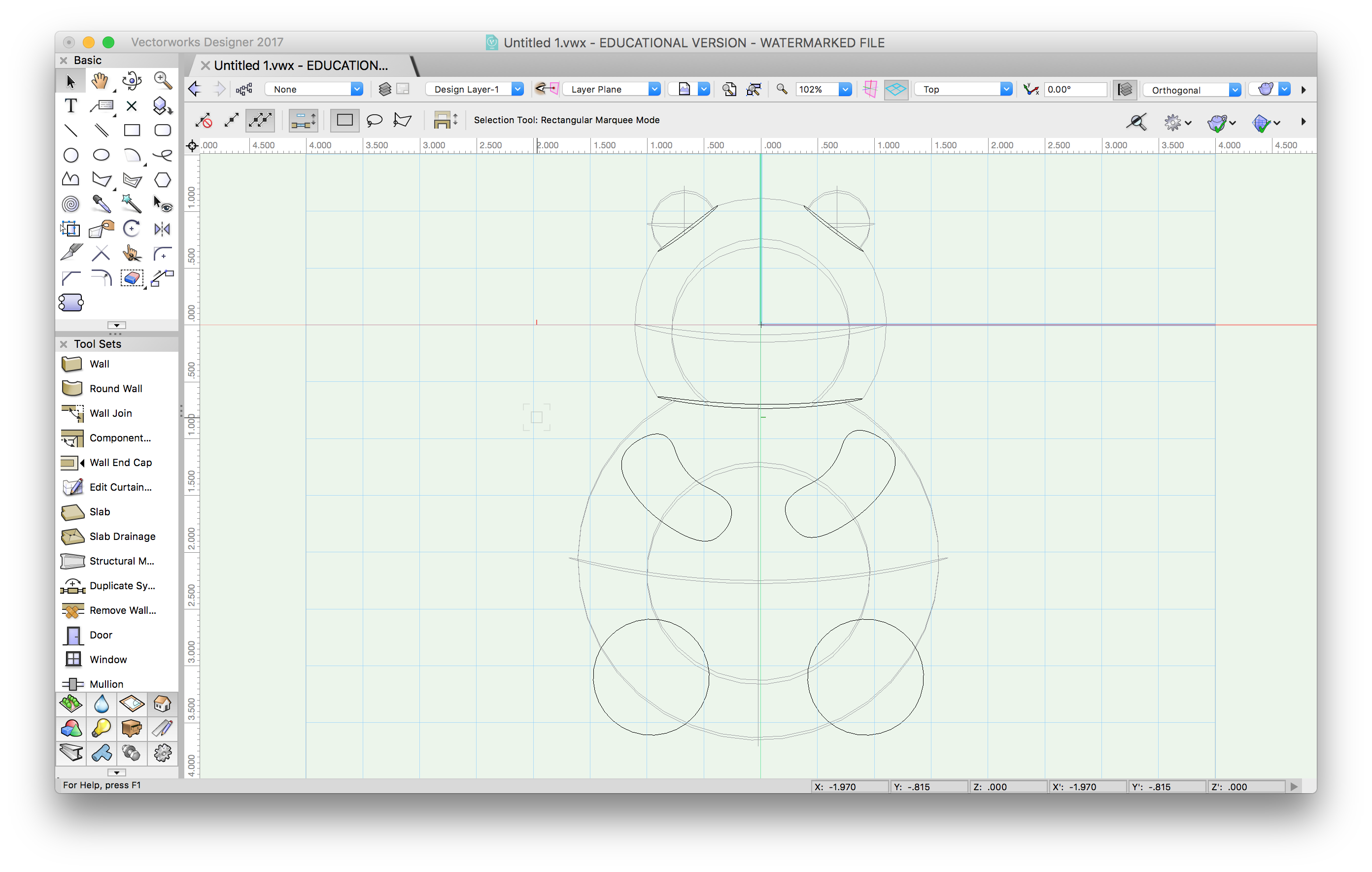 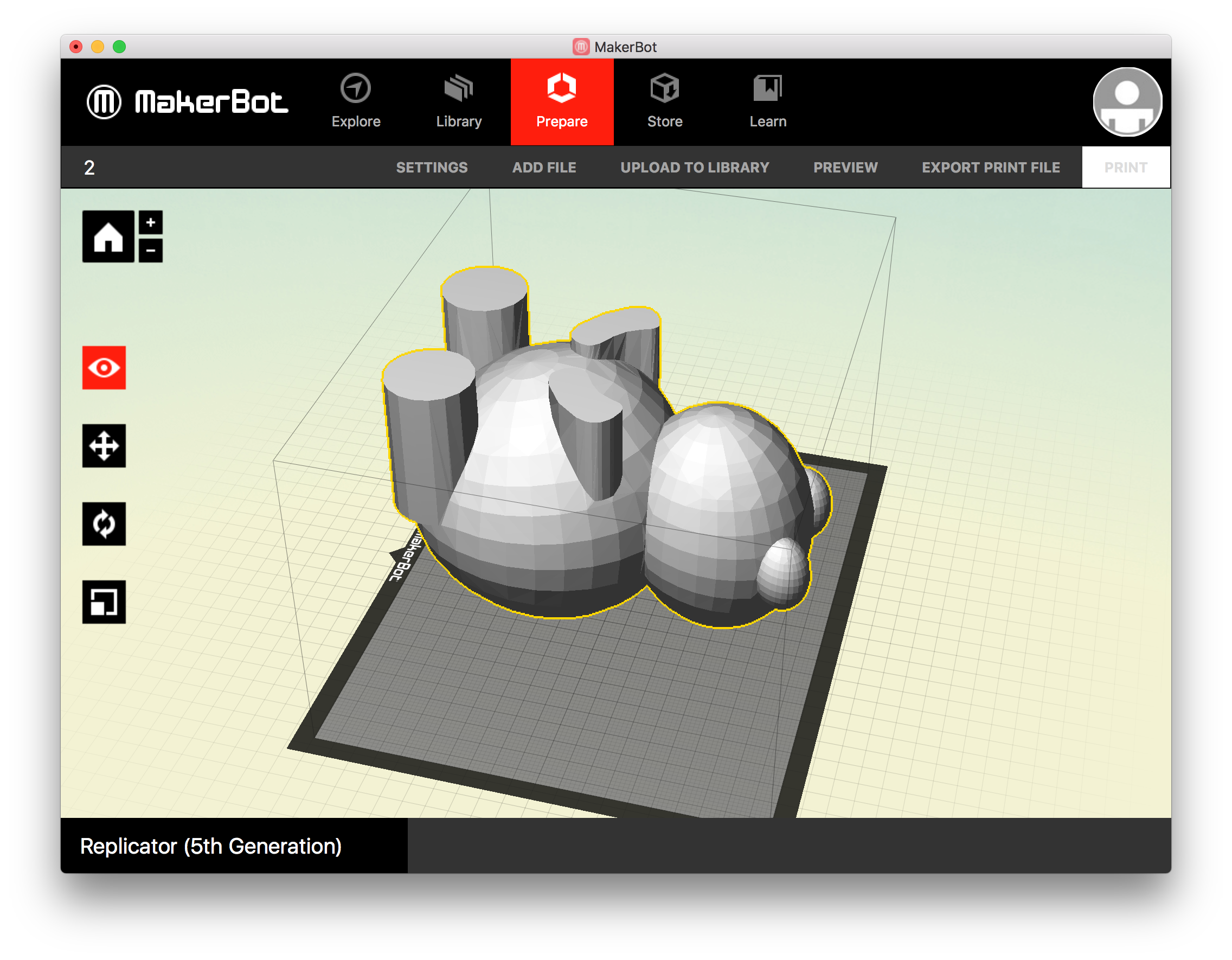 But when I rendered the STL in MakerBot, it was quite clear that I didn’t know what I was doing. I could take down the arms after milling, but that seems to me a waste of using a mill if I had to whittle afterwards. My impression is that Vectorworks is really great if you want precision and generally flat surfaces, but it’s beyond my ability to make rounded shapes. I decided instead to mill a bunch of columns. I liked the idea that a miniature person might find a log and carve a building out of it. Maybe using columns and pillars. 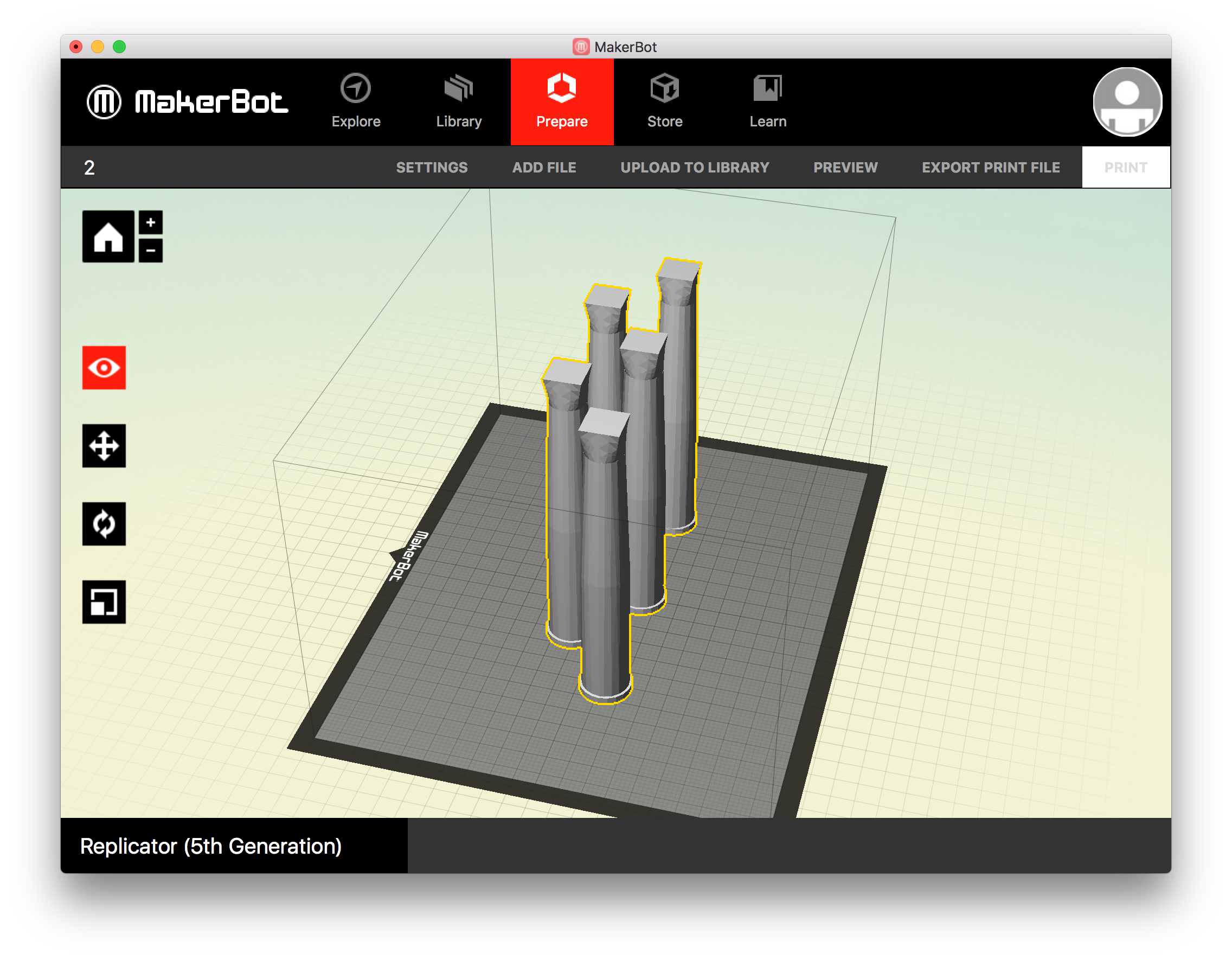 Plus, I wanted to make something without tabs and to retain the material around the milled area. It seemed like a good fit, and easily rendered using Vectorworks. 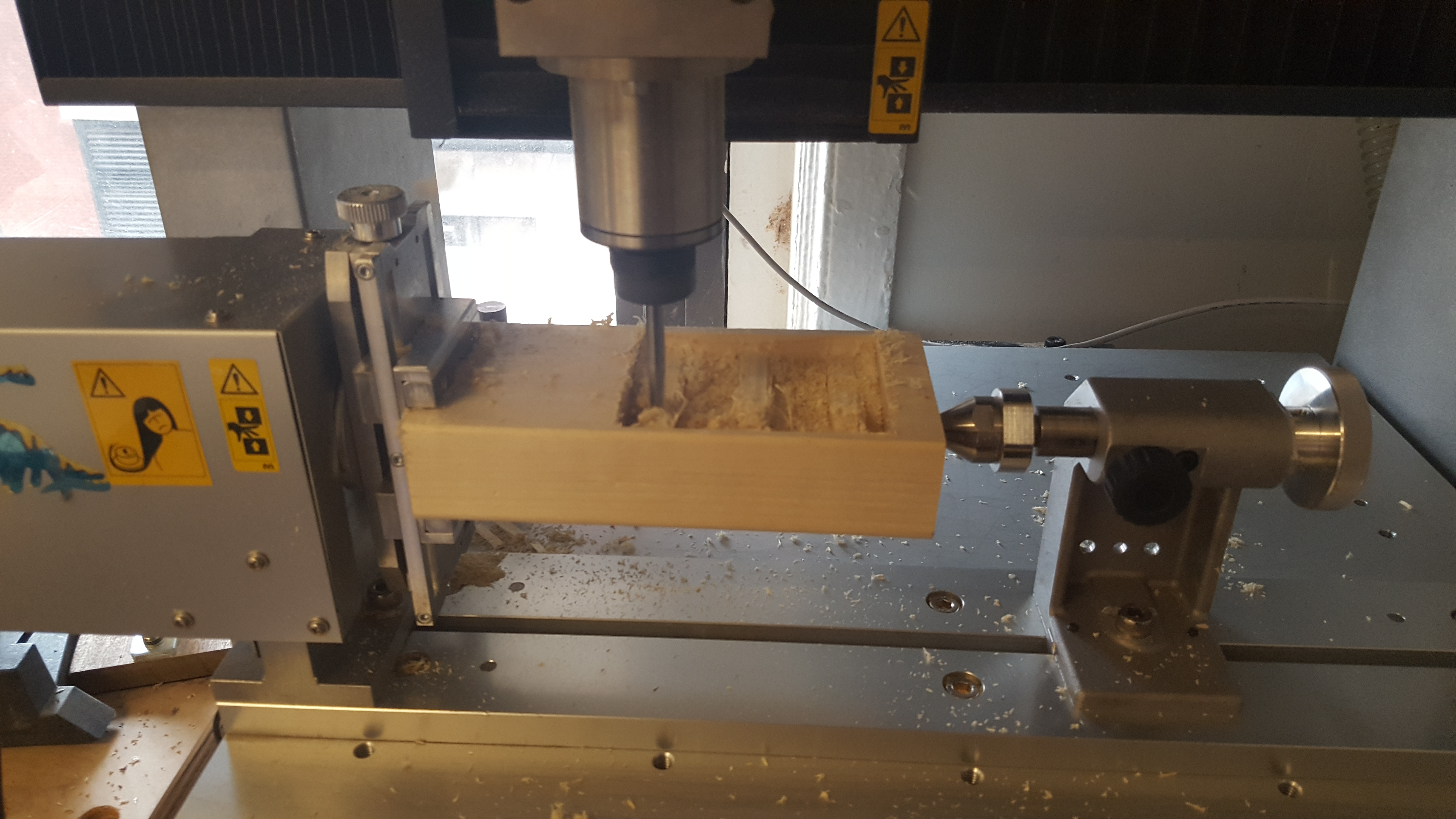 I snuck onto the machine on Saturday, and then setup my job. As mentioned, I didn’t need tabs, but I had to adjust the job to give it margins on the sides. I also used Softwood instead of Hardwood this time– it produced a lot of tearout, but there was a huge time difference between the two settings. 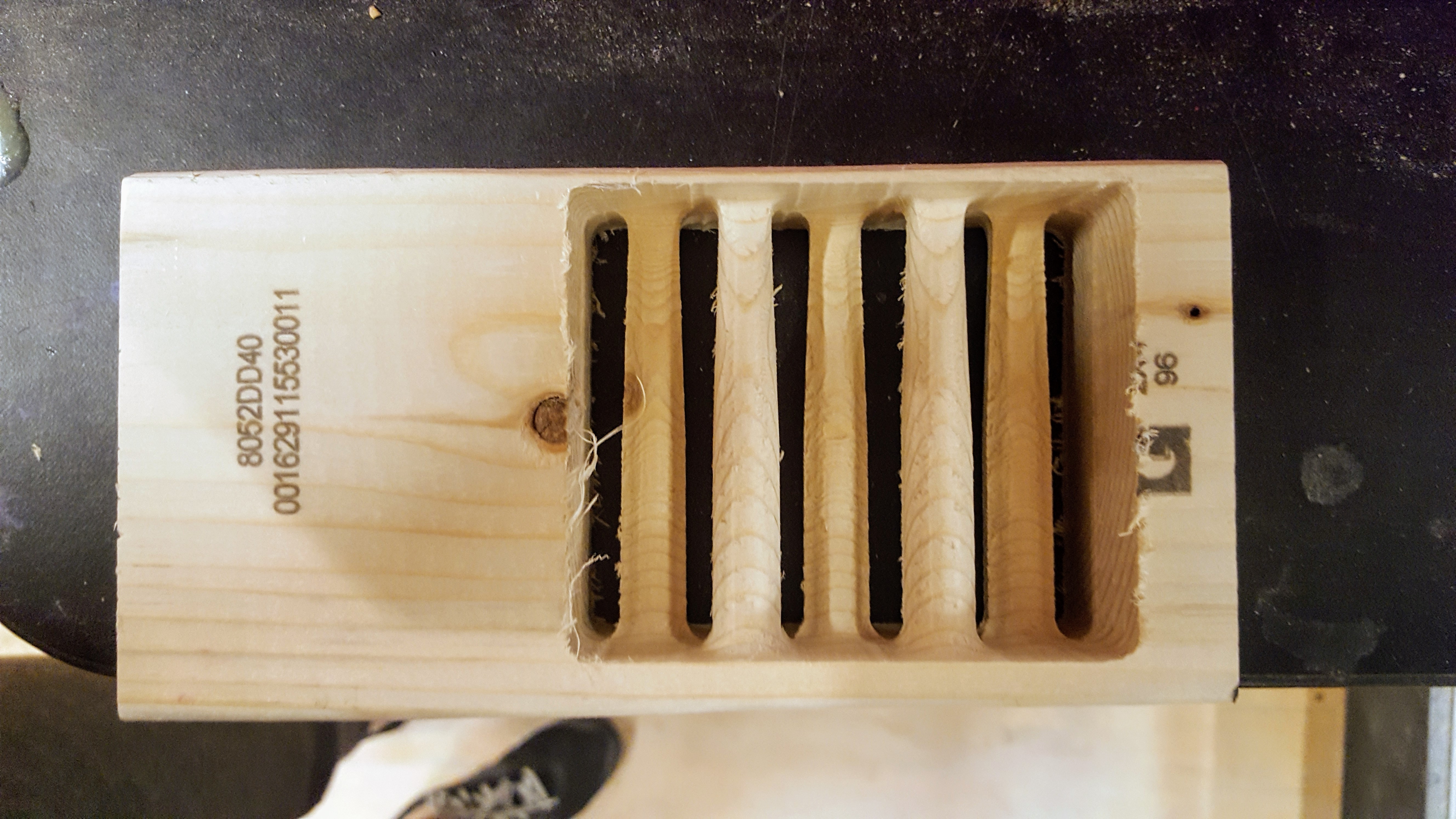 I then cut and sanded it down, and applied a quick finish. Cute little columns. 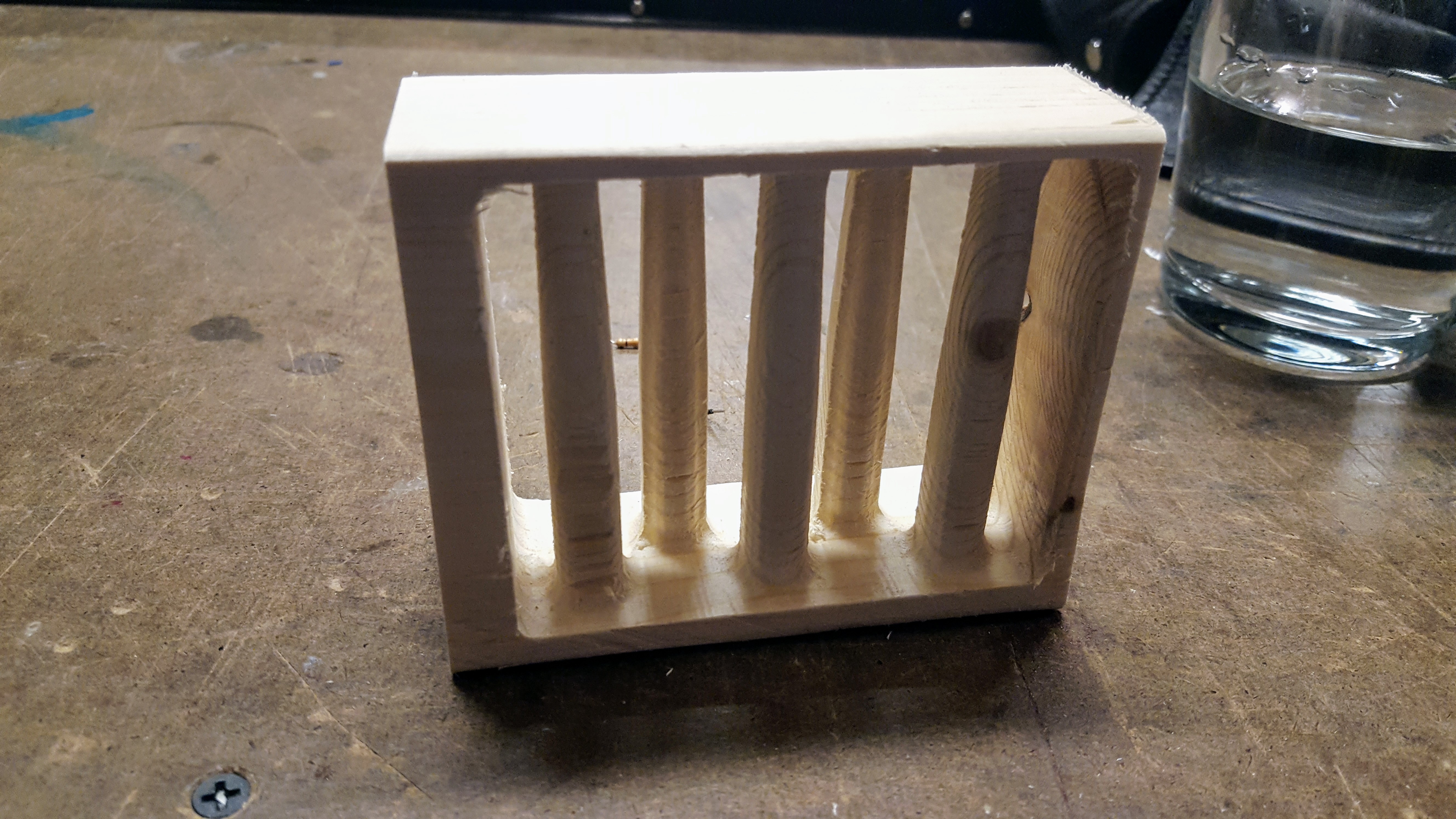 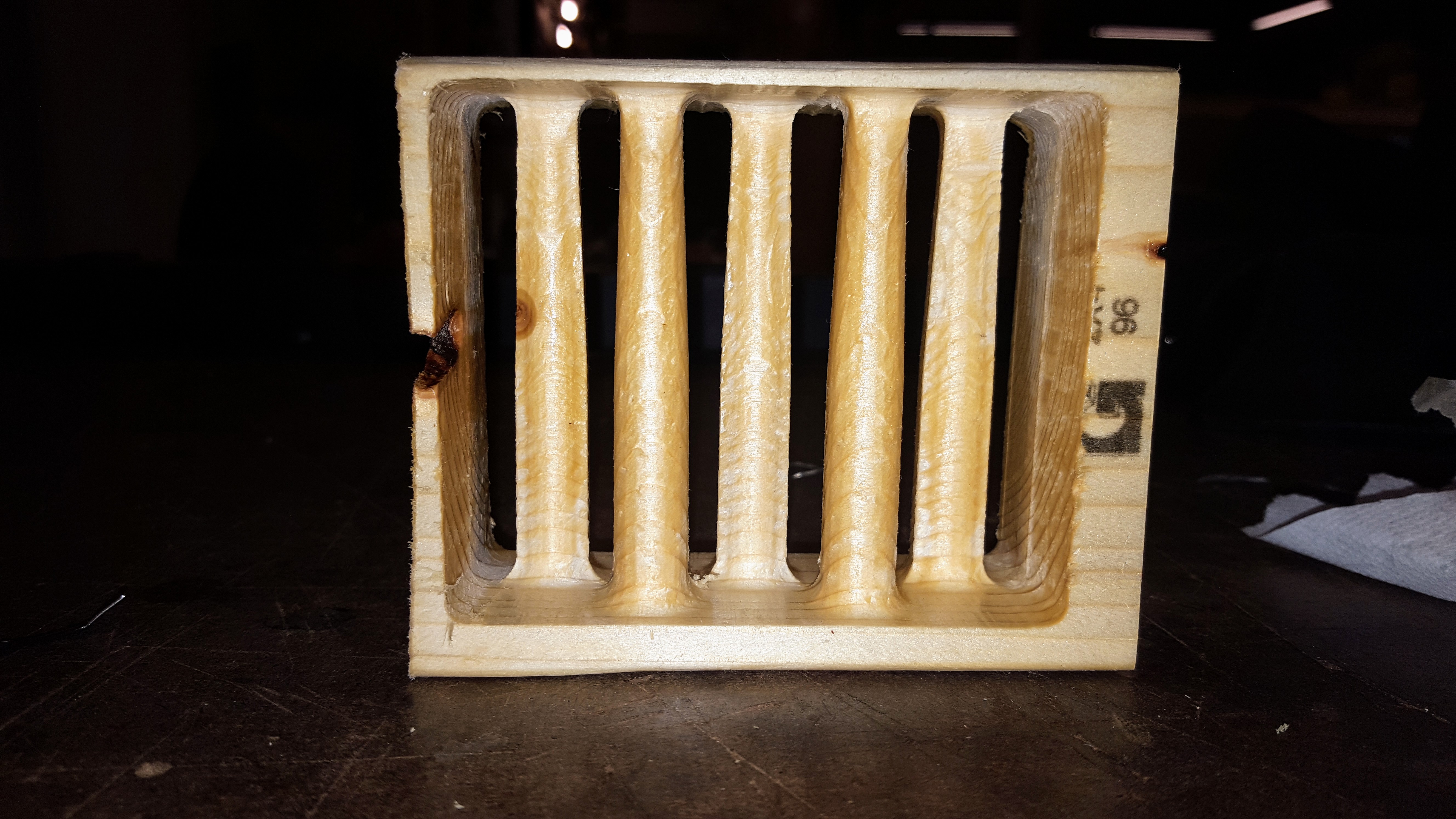