I returned to the creation of my vending machine for my Subtraction, and finished it a week early– I don’t want to compete with anybody for any techno router slots. The machine still needs a lot of work, most notably all the electronics, but as far as the class material, I am done!

The second version is slightly bigger, meant to accommodate four items instead of just two. It also includes the shelving properly, and a lot more cutouts: more buttons, a hole for wires to come out of, an LCD screen, and finally, two holes to string a bike chain through so we can lock the thing from thieves. I still need to attach the hinges on the side, but it’s otherwise complete. 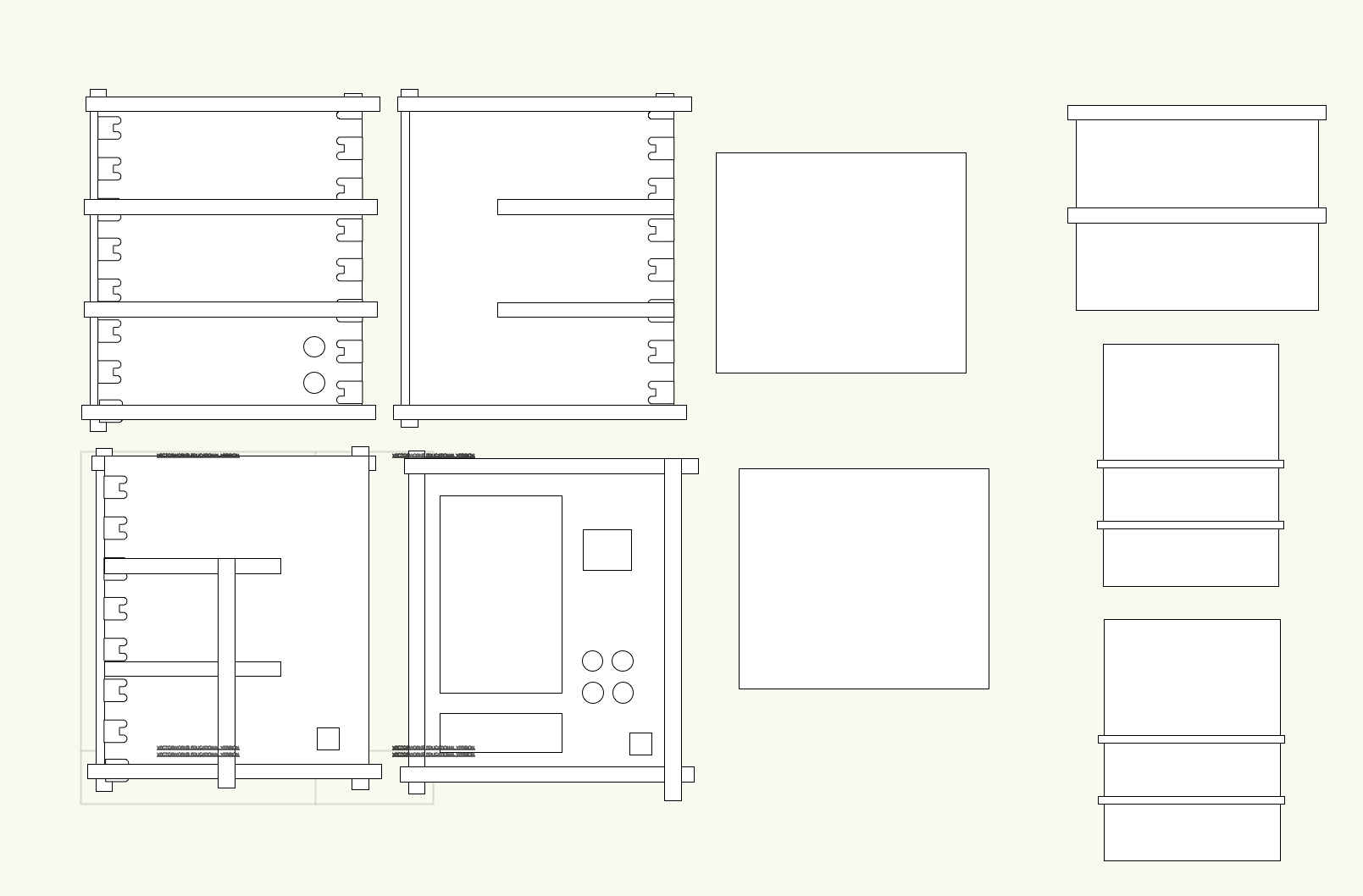 The process was a lot easier this time, as I just modified my existing Vectorworks templates to be slightly bigger and include all the cutouts. I also included the shelves, which have little dividers for the items. 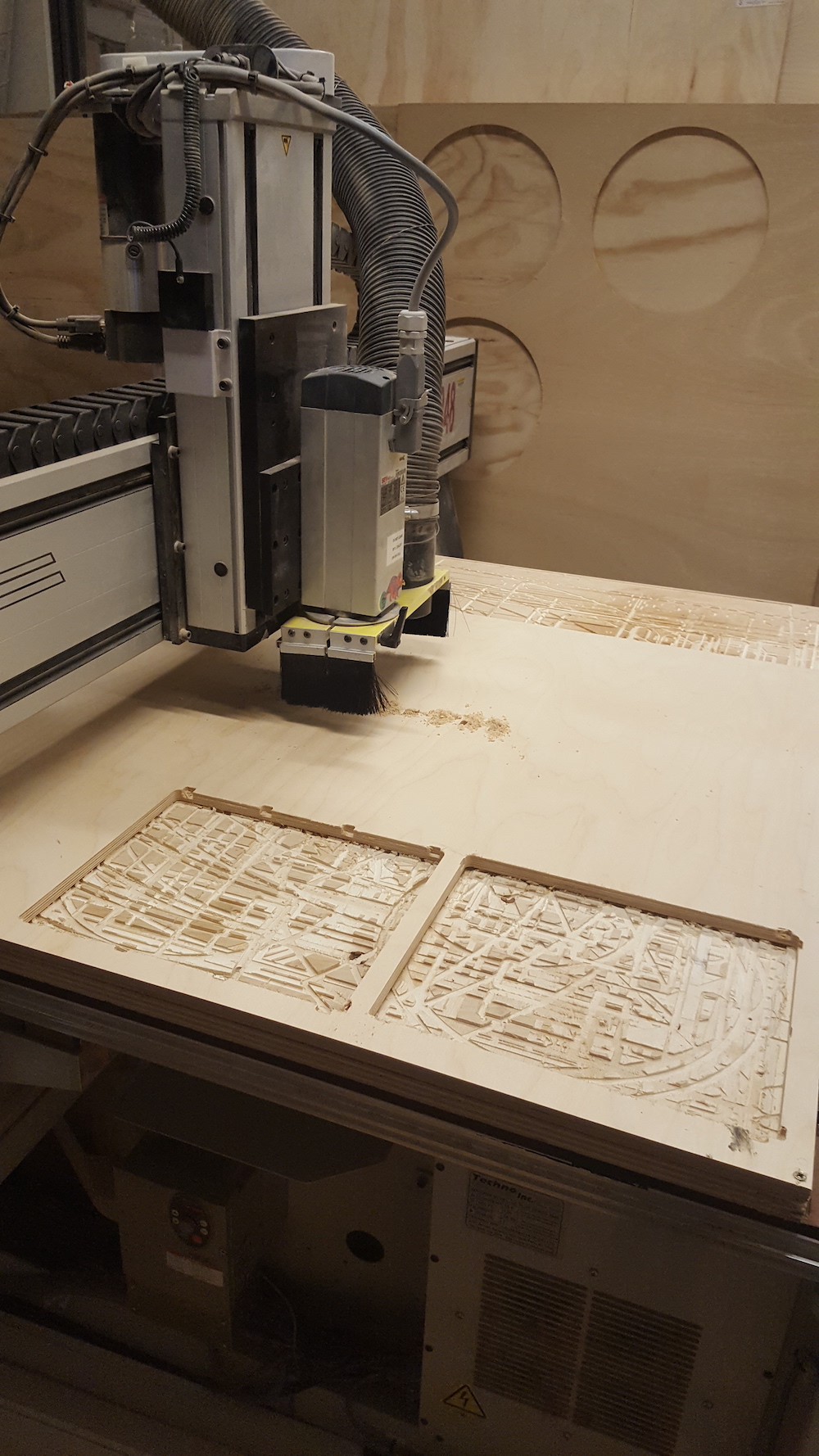 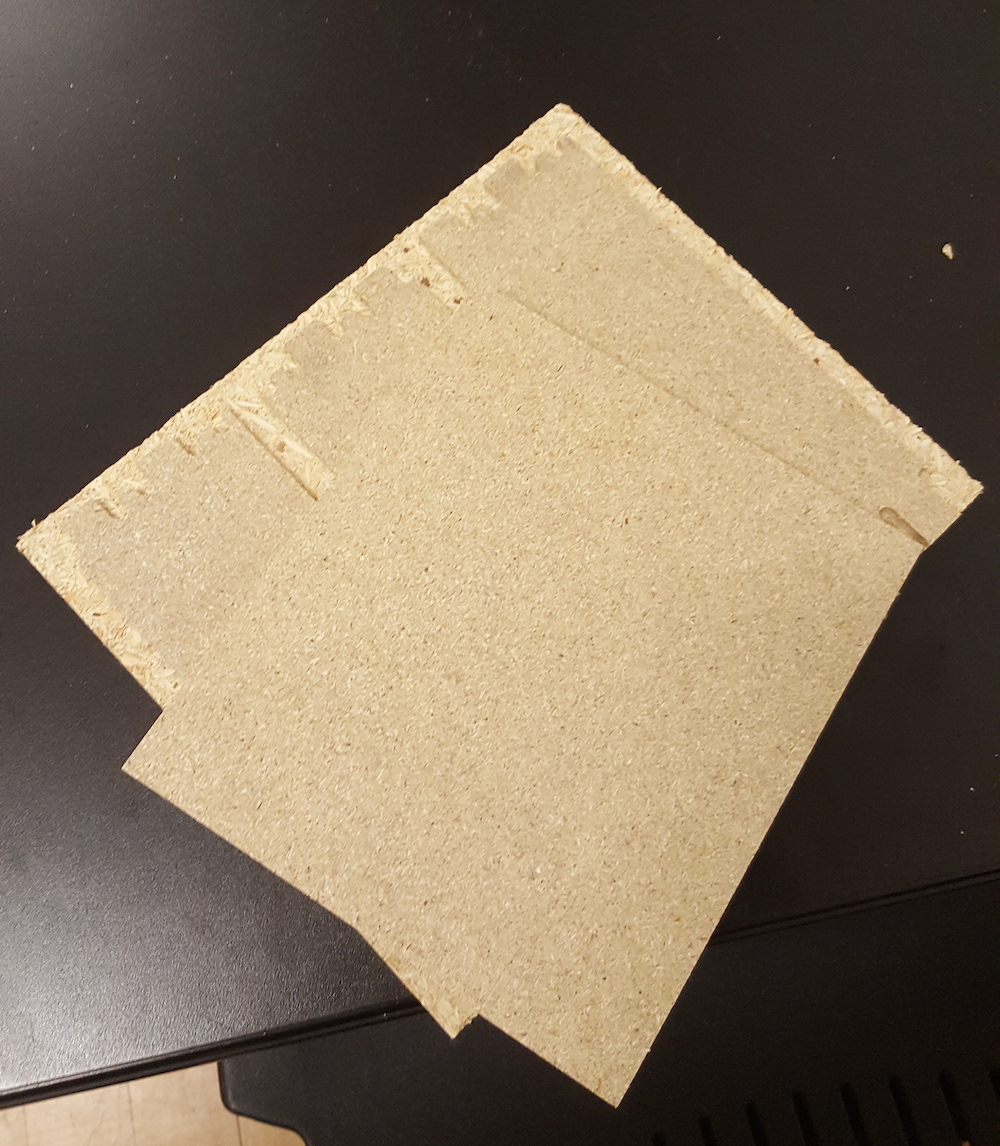 I acquired a ton of MDF panels, and intended to cut an initial version to confirm my joints work again. It was also good to start with a material I didn’t care about– I haven’t used the CNC router in a few weeks, and I was a bit out of practice. I quickly got the hang of it again.

The joints were fine, so then I moved on to using the Baltic Birch ply I acquired months ago. It’s so much nicer than the pine I used before. It was quite a lengthy job, requiring so many hours I lost count. It’s hard to measure so many parts that fit together. 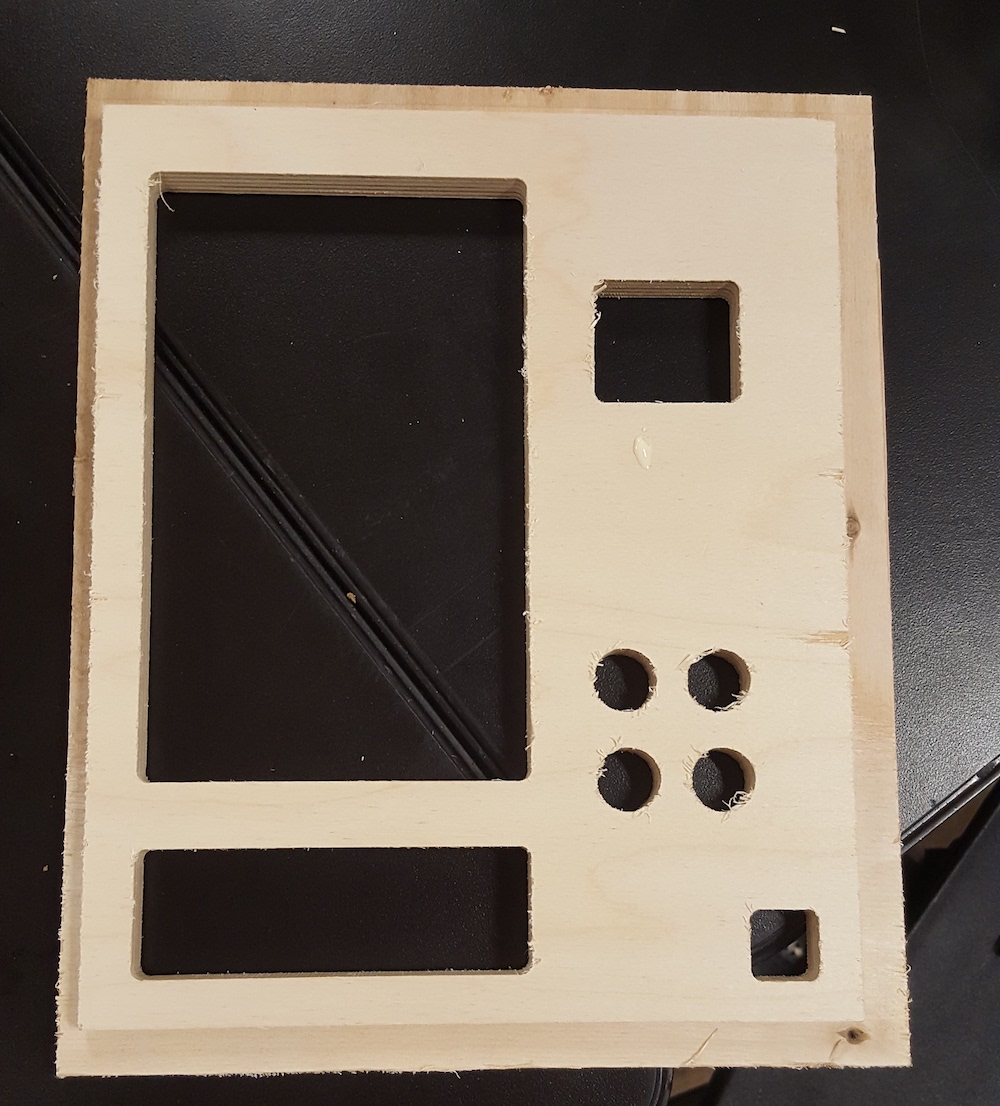 I also made a big mistake. I forgot that my cad template for the front would be reversed, so I had to redo it. Woops.

Gluing the thing together also took a great deal of time. Luckily, I learned about the existence of the shop’s single right angle clamp (? I’m not sure what they are called.) I wish we had more than one. I had to use much sketchier setups to clamp the rest of the joints together. 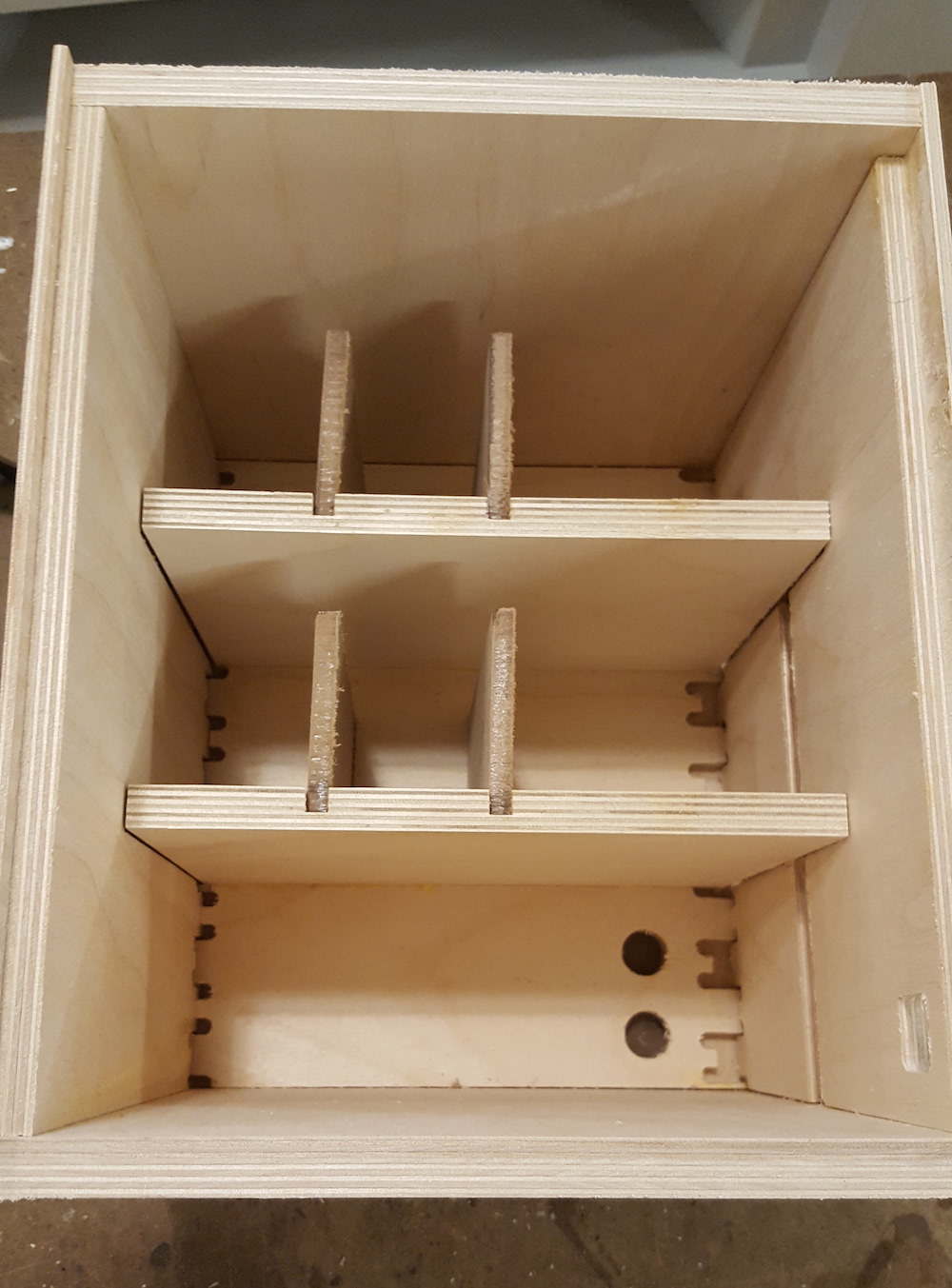 When making my template, I decided that the item dividers would have to be a 1/4 inch; the 1/2 inch ply I was working with would be too thick when viewed from the outside. I got some 1/4 inch MDF from David, and cut it down with the band saw. I wish they’d match, but this was free. It’s also an inconsequential concern. 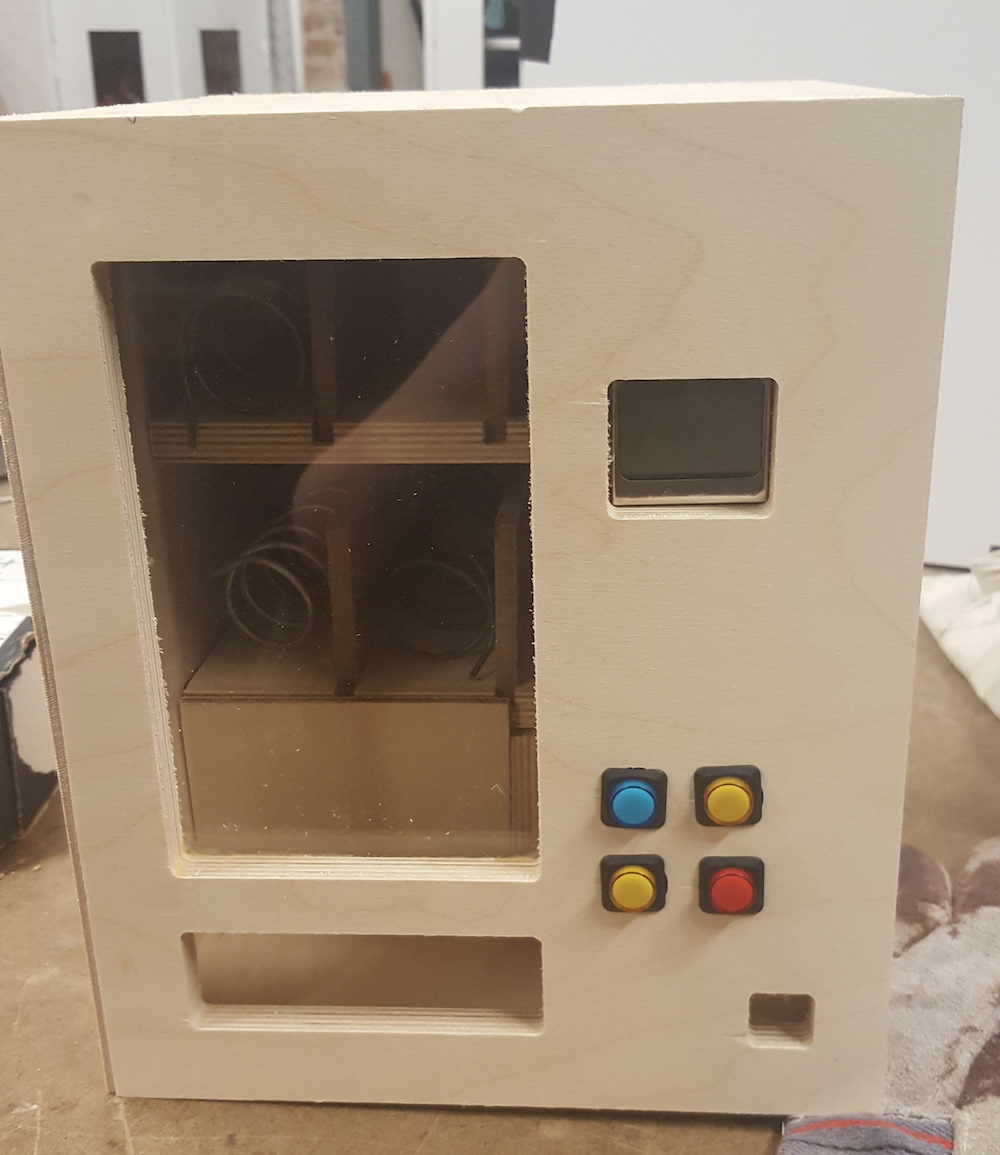 I then started fitting the machine with hardware. It’s pretty cute now, if I do say so myself. 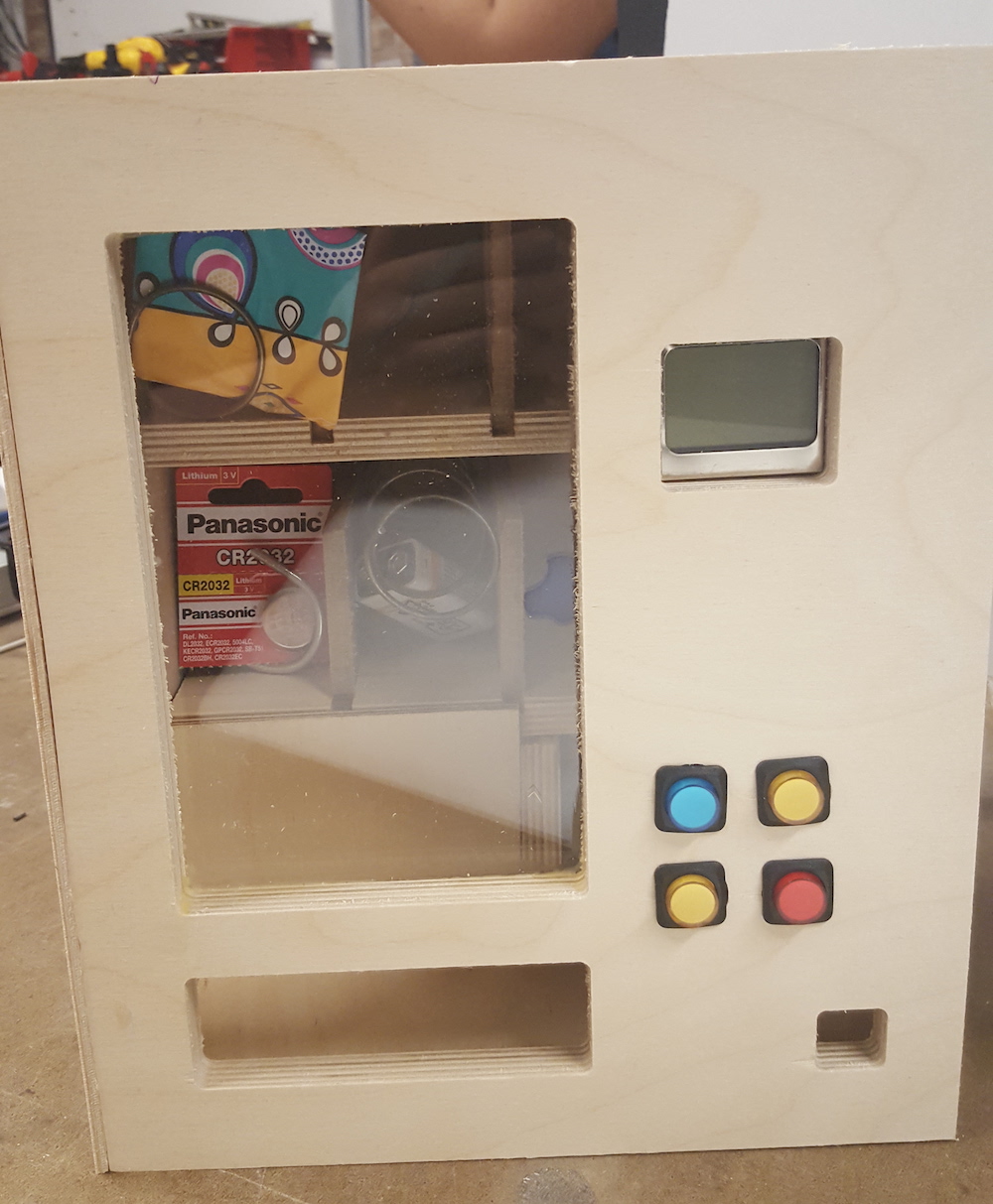 It’s particularly cute with items inside. Look at this! I made it!